Football was an original sport of the Island Games in 1985 however was a 5-a-side tournament for under 16s. It wasn’t until 1989 that Football became a full tournament and not until 2001 that a women’s tournament was included.

Due to Gibraltar only having 1 football ground the sport was dropped from the programme of sports for the 2019 edition of the Island Games for the first time since 1989. An Inter-Games tournament was organised and hosted by Ynys Môn in June 2019.

Ynys Môn have won 6 medals in Football all by the Men’s team. These include 1 Gold medal and 5 Silver medals. The last medal was won back in 2001 on the Isle of Man. 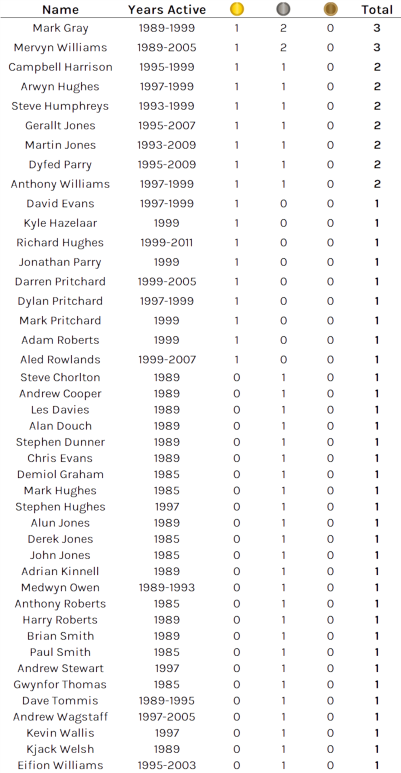 Football returns for the Guernsey 2021 Island Games so it can be expected that Ynys Môn will be sending both a Men’s and Women’s team after their successful competitions at the Inter-Games in 2019.